Luxembourg is a landlocked country in western Europe. It is bordered by Belgium to the west and north, Germany to the east, and France to the south. Its capital, Luxembourg City, amazingly is home to over 160 nationalities and has three national languages which are French, German and the national language of Luxembourgish! The country is easily the most diverse in terms of languages and nationalities that we have visited so far.

It is one of the smallest European countries and has a population of just over 600’000 people! Basically, it’s teeny weeny. But what it doesn’t have in size it surely makes up for with its beauty!

For more information to plan your visit, check out Visit Luxembourg website HERE

The best time to visit Luxembourg is between the months of June to August given you will be able to enjoy a pleasant temperature of around 22 degrees! Perfect for strolling around those cobbled streets and drinking a coffee overlooking the many beautiful castles!

Unfortunately, the summer does not meandry’ and Luxembourg experiences rainfall all year round with the driest months being September, October and March.

It’s worth noting we visited in October and had sunshine and rain over our three days!

Luxembourg city is a very walkable city as it’s fairly compact. So if you are staying in the city we would advise you against getting a car. Not only is parking difficult and expensive, but it’s really just not necessary to get around the city.

If you are not staying in the city itself and you plan to travel around the country, a hire car may be your best bet! We hired a car from Luxembourg airport as we were staying north of the city in quite a remote village and we planned to just spend our last day in the city so this really worked for us. If you plan to do the same, most sights and beautiful little towns such as Vianden and Echternach for example are reachable within an hours drive time!

The train system in Luxembourg is amazing. High speed, super-efficient and not too costly. So if you plan to stay in the city and want to do day trips to Vianden or other areas, the train may be a really good option for you. You can get a train and a bus for around four euros to Vianden and it will only take around an hour so it’s a really efficient way of getting around!

If you are staying in the city then it’s a really short 15 minutes into the city by car which is so convenient. If you are staying further away in a different part of the country then you will be looking at a drive time of no longer than around 90 minutes! We were way north on the border of Belgium and it took us just over an hour and a half with some spectacular scenery on the way!

Luxembourg currency is the euro

The plug socket is the European 2 pin plug.

You can read about our top 5 things to do in Luxembourg here and 10 facts you might not know about this beautiful country here! 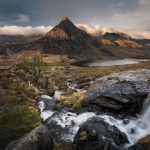 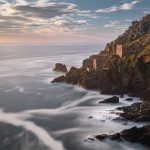 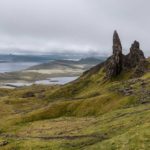 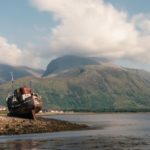 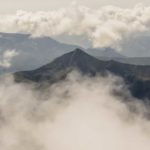